There are two essential techniques to win the game. The first one is the attack and 2nd one is the defense. If you want to win the matches or perform well in the basketball game then you must give equal importance to both and practice both techniques.

There are two basic defensive strategies in the basketball game. One is man-to-man and zone. Each has
different advantage. For example in man-to-man defense each of player is assigned to guard a player on
other team. The best way to guide the beginner players is to keep the track of who they are guarding by
memorizing the opposing team number from their jersey.

With that being said, let’s begin the show and check out what are the hot basketball defense drills that can stop the attack of any powerful team.

Basketball Defense Drills That Work In 2022

Struggling hard to stop the ball is not enough to counter the offense. You have to shape proper strategies to combat the opponent players. These basketball defense drills will help you to develop the basketball defense strategies that will make even the strongest of offenses feel weaker. It is advisable that you should practice these defensive drills basketball in your best basketball shoes so that everything should be checked properly. 2ndly Every player should know the basketball basics & rule to avoid any foul play or penalty.

If you want to be the expert in the basketball defense drill that you must start the training when you are young or kid. The below video will help you to get the required result.

Here is the list of basketball drill for kids

Basketball Defense Drills At a Glance

The 1-1 defense strategy is a must to have top drills if you want to save a lot of scores and put the offense players under pressure. If you lack the skills of tackling the offensive players in close combats. No matter how potent your team combination is. You are going to struggle very hard.

There is a saying:

“A Chain is as strong as its weakest link.”

If you want to dominate the basketball arena, you have to make your defense very, very strong. And this 1-1 basketball defense drill will help you to make it to the end.

To practice the 1-1 basketball defense drills, you have to place the defensive player on the paint area.

Like the other game, Basketball is also the game of having the ball possession with you or your team.
As far as you resist the pass or retain the ball, your chance to win the game has increased a lot

The second basketball defense drill that you should focus on is the pass denial technique. In this drill, the defensive player learns the art of resisting the pass. If you want to improve the defense capabilities of your team. Then it’s a must-have drill. 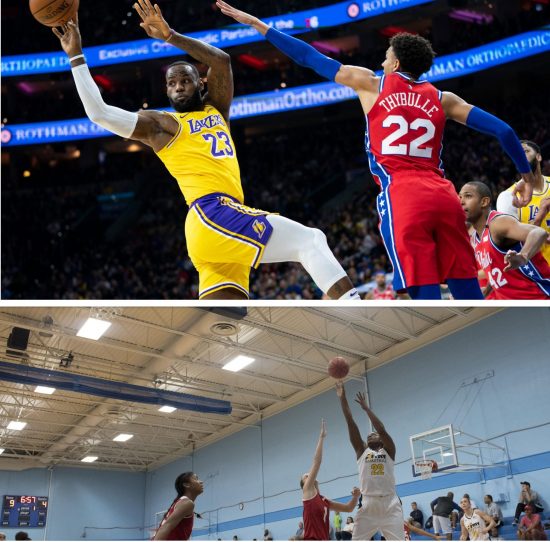 The duty of the defensive player in this scenario is to hinder the pass of the ball to the wing player.

This pass-blocking drill will enhance the capabilities of your players to resist the chances of the pass and then ultimately force the opponent players to look for other opportunities.

You can change the positions of the offensive players and then continue the drill until you feel confident in the defense.

This drill needs much more focus than other basketball defense drills. The players have to communicate better and more efficiently.

This drill develops mutual understanding and better sportsmanship in the players. You can include a variety of other basketball defense drills in the exercise and make it even more useful.

Restricting the opponent players from entering the paint area can be a very crucial part of the game. If you master this skill, you can pretty much dominate the whole basketball court.

If you want to have a proper basketball defense strategy, you should master this skill. Do this drill with your defense and keep the offense away from the paint area.

You can test the abilities of the defense with the Help of this drill. You can start the drill with a lower number of players, and then you can increase the number of players as the game progresses.

This drill will enhance the defense capabilities of your team and will get you an unfair advantage in the game.

The five on four drills are the real test of the capabilities of your defense. As the defense players are low in number, they have to hustle very hard, communicate well, and stay focused. This drill is one of the best basketball defense drills.

In this drill, the players learn how to tackle the players in a position when there are more offensive players than the defense.

In the execution of this technique, the defensive players might have to struggle hard to get the possession of the ball. It is the challenge of the defense to keep things under control.

Tip: Always ask the defensive players to go for close-ups; otherwise, it will become much harder.

This drill is a must-have if you want to prepare for players for all kinds of challenges. In this drill, the defensive player has exposed to different types of defensive tactics. The defense player will use different rehearsal strategies like closeouts, sprinting, defensive sliding, and backpedaling. 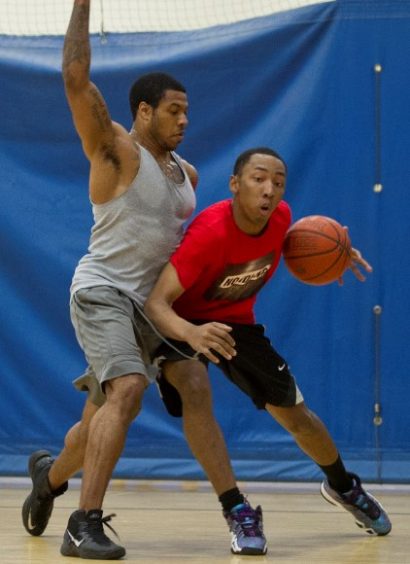 As a coach, you need to make sure all the defensive players are giving their 100% in the game. So, that they can get the benefit out of these basketball defense drills.

This basketball defense drill will prepare your defense to counter challenges in the actual game.

All the defensive players have to follow this suite to complete the drill. The suite is Closeout, Denial, Help Side.

This defense drill is the backbone of all the other basketball defense drills out there. All the famous basketball coaches regularly train their players using this super defensive drill.

Try this drill, and you will feel the difference in the performance of your team.

This drill focusses on properly defending the ball. In this defense drill, the defender needs to fight for the ball and then finally protect it. This drill prepares the player for the aggressive defending scenarios in which they have to protect the basket.

You have extensively done this thrill to master this drill.

Basketball Defense Drills enhance the defense capabilities of your team. The defense is an essential part of any team, and you should spend time practicing these basketball defense drills to master the art of defense. All these advances defense strategies has plucked out of different scenarios.

I have personally use the below tips which enhanced my defense techniques.

The majority of the basketball teams you are seeing today with great defense is the result of a strong foundation and continuous training effort. Nevertheless. It means that asking every individual player to take time to build defensive techniques and skills. When a player feels more confident while defending, there will be more chances of defeating the opponent’s defensive schemes.

If the confidence is lacking, forget about winning a single match.

when practicing with your players, the coach should look at every movement of the player and try to make the mechanics correct.

You should also tell your players to avoid crossing their feet, especially when they are sliding or making efforts to take huge steps.

There are some drills that you can try at your home so that in the case of Covid-19 lockdown, you can practice at home.

As a coach, you have to motivate your player all the time. The emphasis on maximum effort in the sprint area makes the difference in both teams. Just making an extra effort with the help of motivation is the game-changer.

There are many defense drills you kids must know and practice. Pac man is my favorite drill among all the below drills as the defense has equally essential as an attack.

Above one are some best defense drills with respect to a child’s age. If you want your kid will be an expert, then he starts at the age of 5 and practices 2 to 3 hours daily

No matter how much strong your attack is. You cant win the game if your defense is not rocked solid.

How do you become Pro level defense?

There is the two-step to become the Pro level defense.

Step one is the strategy or the defense drill

Step two is the practice of the defense drill

If you improve yourself with time by adding value to our game, the changes in your playing in the game increase.

You should become a solid defender of your team! That is the only possible way.

The more you contribute on the defensive end, the more you will come into the eyes of the coach. So indirectly, your chances of playing in other games increase!

If you are looking forward to being one of the best players on the court, there is one ability you must carry within yourself!  You Must Be The best Defender!

You should make yourself ready for the best guard of the opponent team rather than the easiest one.

What is defense basketball?

You refer to the basketball defensive strategies whenever you talk about defense basketball. These strategies include the complete game plan, which have below points

Teaching the players to be in man-to-man defense demands more effort. In addition to stay with the
offensive player, the defender needs to be in the proper defensive position. For all the beginners and
young players, the slide step should be in their daily practice sessions. In start, it may be tough for the
beginners to demonstrate the drill properly. With the passage of time, it will become their regular habit.

The main thing to keep in mind that no team is going to win until each player contributes in the team.
Everyone has to learn the basics of basketball like how to driblle, pass, defend, hustle and rebound. It
should be cleared that everybody has to take part in the game, otherwise it has very little chance of
winning consistently.

Q-1: How can I improve my defense in basketball?

Reply: The simple and straight forward reply is practice and practice. As per the famous saying, “Practice makes the man perfect.” You need to concentrate on the following basketball defensive drill a bit more

Q-2:  What is the best basketball defensive drills?

Reply: Below is the list of best basketball defensive drill

Q-3:  How do you teach a man to man defense in basketball drill?

Reply: Here are the four keys step for the playing of the best basketball defensive drill?

Q-4:  How do I train to be a better basketball defensive Drill player?

Q-5:  What are the types of basketball defense drills?